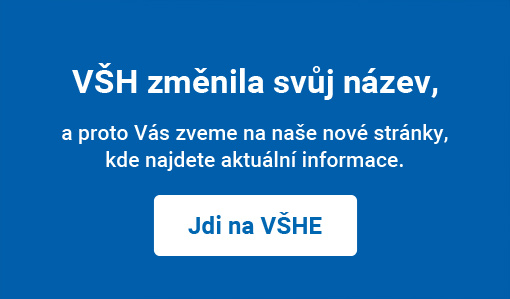 The Student Senate is made up of IHM students seeking to enrich student life with their thoughts, ideas and events and to also participate in creating a pleasant environment for the learning and personal development of all students.

What we, as the Student Senate, have accomplished so far:

We have established a traditional Gourmet club on the IHM campus. The original “Gourmand’s club” in the 2010/2011 academic year was renamed the "Gourmet club", and is held every semester in the culinary classroom. A certain theme is declared, and a variety of dishes and drinks from all over the world are prepared. We have had topics such as: preparation of salmon, Japanese cuisine, and many others. The Gourmet club is designed to give its members a chance to prepare various dishes themselves, eat well, drink good wine and sit with friends.

Interest in the continuous improvement of meals in the school restaurant

Changes that have been made:

Each year the Student Senate organizes several interesting excursions for the students of IHM. In the past, it was an interesting trip to the Prague airport, which because of its popularity was certainly not the last. In addition, the Student Senate has helped with the promotion and co-organization of various trips and other excursions. Each year, the IHM students take a field trip to Lake Geneva in Switzerland to visit the famous hotel school in Lausanne and the luxury five-star Swiss hotel RoyAlp. The program also includes trips to chocolate factories, wine and cheese tastings, and much more. Students may also participate in all kinds of excursions in the Czech Republic. During this academic year, with the Department of Tourism, we visited the Spa Triangle (Karlsbad, Marienbad and Franzenbad), and ski trips to the mountains, etc. have also been organized.

Each year on the IHM campus, we organize or co-organize a number of interesting presentations by those working in the field. We have already had a very interesting visit, "The Magic of Helena”, where we talked about fashion trends, proper attire in the hotel industry, how to combine colors, tie a tie, how to choose the right glasses, and how to choose a men’s suit. We have also had several presentations from managers of hotels who spoke about their careers. In the future we would like to form a traditional lecture-based managers’ club, where we regularly invite successful managers to the school to share with us their experiences and the ways they moved up in their careers.

Several times a year we organize grand parties for students, which are very popular. A number of such parties have already taken place at clubs such as Tat Bar, Techtle Mechtle, La Fuente and Phenomenon. The whole club is always reserved just for you, offering all kinds of drinks, snacks, well-known DJs, theme events, presenters, gifts, a free welcome drink for the first few arrivals and much more. Thank you for your participation!

Since 2010 the Student Senate has also been actively involved in SK RVŠ (Council of Higher Education Institutions). They represent IHM in the hotel section of private schools and on the commission for socio-economic issues.

Watch the bulletin boards and Internet sites where the Student Senate regularly updates a range of employment opportunities, volunteer work and opportunities for study or training abroad. Some of you found jobs this way last year. Our motto: "Try with your thoughts, ideas and actions to enrich and enhance student life, create a pleasant learning environment, and represent IHM well among students.”

Our vision is to create a Student Senate working together with the body of people who are not indifferent to their school and who wish to participate in its steady growth. We welcome anyone who would like to help us in our efforts. If you have any ideas for improvement, or articles for the magazine, we would be pleased if you would share them, either by sending an e-mail to: senat@vsh.cz or by dropping a note with ideas and suggestions in the Student Senate mailbox, located opposite the building manager’s office on the ground floor. You can find more information about the Student Senate and also download photos from events, lectures, excursions and student parties at: www.senatvsh.cz or on Facebook: Senate IHM. You can find us every Monday during office hours (4:05 p.m. to 4:55 p.m.) in conference room 005 on the ground floor.